Jack Daly created two pieces inspired by the international political turmoil of the recent weeks; the actions of British politician Boris Johnson and U.S. presidential candidate Donald Trump. Last week, Johnson was successful in his work to coax the UK into leaving the EU, and Daly crafts a piece playing on a famous image of Johnson being stuck to a zip-line; Daly displays Johnson as having fallen off of the zip-line, and consequently broken a star of the EU flag. Creating just as much chaos in world politics is Donald Trump, whom he compares to the devil in his second work. One cannot help but notice a clear comparison between the two figures in Daly's recent work. 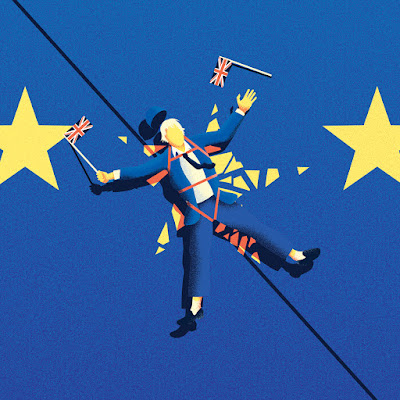 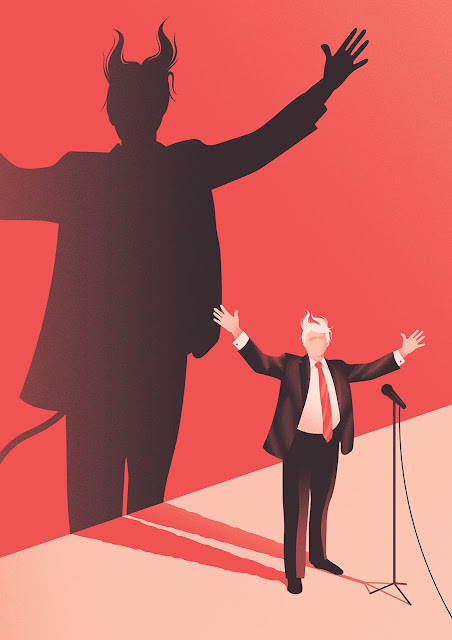