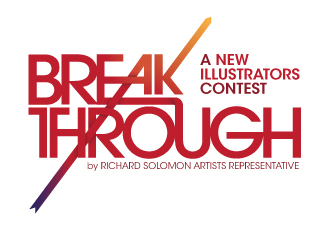 Now that the Breakthrough Contest is over, we, the staff over at the Richard Solomon's office, got a chance to sit down and look over all of the submissions from this year's contest. We picked out those people that in our opinion also deserved a little spotlight even though they didn't win. These artists are also among the highest scoring of the competition. They were chosen by Ana Gomez (graphic designer), Kofong Hsia (assistant), and Anastasiya Tarasenko (assistant) collectively.

Matthew Buck is a freelance illustrator based in New York. His style ranges from photo-realism to graphic. He illustrated Jay-Z's memoir "Decoded" and has had work exhibited at Tata Gala. We all agreed his awesome rendering skills were worth noting.

We enjoyed Brazilian illustrator Daniel Bueno's unique geometric style.
""I try to escape the obvious solutions and one of the ways to do this is to deform a figure initially redundant. The use of graphics as entities that can have other meanings also takes part in this process." -DB 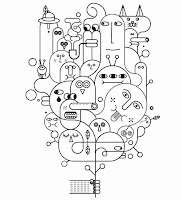 Jonathan is a graphic designer, illustrator, and typographer living in Italy. He uses clean lines and simple shapes to show his concepts. His work especially appealed to our graphic designer Ana Gomez. 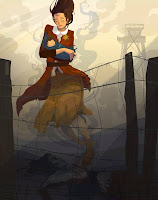 Hannah is a graduate of Brigham Young University. She stood out to us right away for her ability to tell a story with one image.

Spanish artist Maria really appealed to everyone here for her great sense of shape and concept. She has created numerous book covers, posters, and animations and is working on a series of illustrations for cocktail recipes.

Quebec native Felix Girard comes from a family of painters. He works as a freelancer for various clients and has had multiple exhibitions in Canada and Europe.
Tiago Hoisel

It was hard to laugh at the humorous illustration of Tiago, a Brazilian native. He combines caricature, character design, and a whole lot of storytelling in his portfolio.

We had a lot of caricaturists submit to the contest but Rob's work was one of, if not the best. He lives in Ohio where he works as a freelance illustrator and an event caricaturist.
Denny Khurniawan 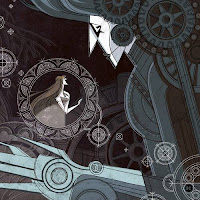 Denny is a student at Art Center College of Design in California. Denny's work reminded us of animation as it almost moved with the combination of lines and shapes.

Abigail graduated Virginia Commonwealth University in 2010 and has work published in Spectrum 18, Ink Magazine, etc. Her linework, macabre style, and storytelling ability gives her an edge in the illustration world.

Boston is a freelance illustrator and a student at Brigham Young University. Her illustrations skillfully executed and showcase her vibrant imagination. 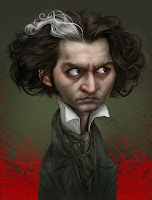 Utah based illustrator David is both a freelance illustrator and caricaturist and a fine artist. He works in both traditional and digital media to execute his figurative artwork. 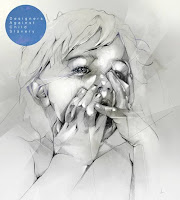 Alexis Marcou graduated from Plymouth University and since then has been doing freelance work for a wide range of clients such as cisco and nike. We loved the level of skill with graphite. 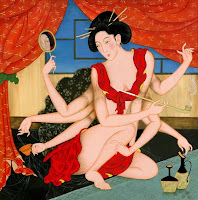 Born in Mongolia, Monkooroi pursued her MFA in illustration from Savannah College of Art. Her work is a combination of traditional Mongolian and Tibetan style with modern western popular culture. 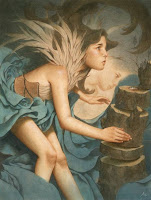 Tran graduated from Savannah College of Art in 2009 and now lives and works in Georgia. Her artwork is the modern equivalent of the Art Nouveau and pre-Raphaelite movements. The romantic and therapeutic qualities of her artwork appealed to us greatly. 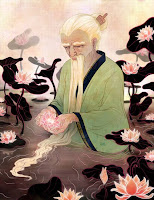 Corinne received her BFA in 2011 and since her work has been featured in Spectrum and Society of Illustrators among others. We thought her work was well designed and combined line and form very well.

New York native Danny is a freelance illustrator with a unique style and conceptual approach. His work has been featured in numerous publications.

Erika studied illustration at the Columbus College of Art and Design in Ohio and at the Illustration Academy in Sarasota. She now lives in Seattle where she works as a freelance illustrator.

Though a graphic designer by training, Benoit is now working as a freelancee illustrator. He has illustrator multiple book covers, editorials, and theater posters. We just really enjoyed his fun style.

Denis is a very talented humorist, character designer, animator, and illustrator from Israel. Each one of his works is filled with life and story. We had a blast looking through his portfolio.
Posted by Richard Solomon Artists Representative at 11:46 AM