Posted by Richard Solomon Artists Representative at 8:54 PM No comments: 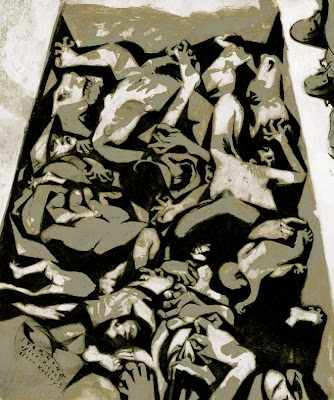 Monolith Ink and digital on board. see below for more information
{Updates}

David Apatoff, the author of Illustration Art, has featured my work on his blog. It is quite an honor, and the words of my friends and supporters are appreciated and moving. Follow this link to read his writing: Illustration Art

I have also been featured on booooooom, LOUDreams, and illustration mundo as an editor's choice. Thank you for the inclusion!
I have completed a commission for a publisher in Europe who is compiling an anthology on Stanley Kubrick. My final image is entitled Monolith, and it is meant to accompany Full Metal Jacket. Artistic inspirations on this one are coming from Picasso's Guernica, Gary Kelley's Mars, The Bringer of War (d'apres Picass0), and George Pratt.
This image goes beyond what I usually consider tasteful, but it does represent war, after all. Secondly, considering the graphic novel media, and the fact that one must seek out this work, I felt that I had more flexibility with what I decided to show. 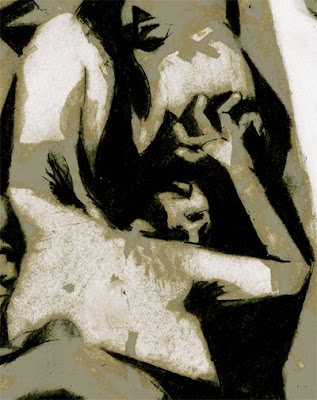 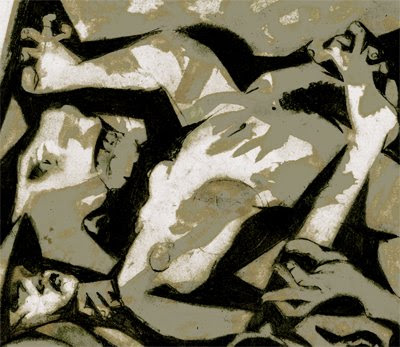 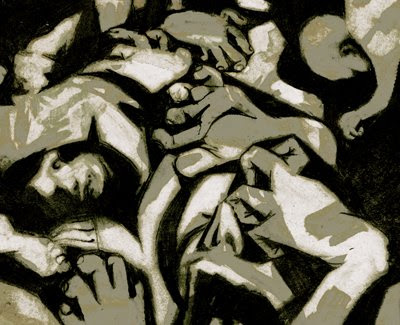 Posted by Richard Solomon Artists Representative at 7:21 PM No comments:

*Author's Note: This is why you should pay attention in school, kiddies.

Posted by Richard Solomon Artists Representative at 7:12 AM No comments:

Time for a New President

Inauguration Day 2009 will no doubt be one of the most prominent of our generations' collective memories. Barack Obama has inspired masses of people to an unprecedented level of involvement in the political arena. His visage has come to represent hope for many Americans (and non-Americans alike).

Obama is such an iconic figure already, has been photographed and drawn so many times that we KNOW his face. This point could be a risky one for a lot of illustrators, which is exactly why Time Magazine called C.F. Payne for this week's cover portrait. Payne's illustration captures the man as we have come to know him on the campaign trail—sober, clever, confident, and always looking ahead.

Posted by Richard Solomon Artists Representative at 5:20 AM 2 comments:

Lines on The Face

The following is an article (one of a series) that I collaborated on with my sister, Barbara Soutar, for North American Review. It is simply a collection of descriptions of Edgar Allen Poe's face as described by people who had actually met him.

I was always fascinated by how two people, meeting the same person, can have diametrically opposed opinions of the person's face. When we did James Joyce, for instance, he was described as not only looking like Satan, but also like a Baroque version of Christ.

Posted by Richard Solomon Artists Representative at 9:24 AM No comments:

I've drawn Edgar Allen Poe 9 times in my career (not including the complete works for Barnes and Noble) and I haven't done him right yet. He's got one of those faces rich with distinct and fascinating features, but I've found that it all comes down to the eyes—the saddest, deepest eyes in literature. Virginia Woolf is a distant second.

He was the first major poet to have a fairly well chronicled photo record and that seems to have made him an archetype for future poets. He doesn't look too affluent, has pain written on his face, and he topped it all off an early and tragic death. The more you read Poe, the more you can read into his face. On the surface, his are scary stories, but the deeper you look into them the sadder they become. Same with Poe's eyes. Maybe I'll get it right next time.

Posted by Richard Solomon Artists Representative at 7:00 AM No comments: 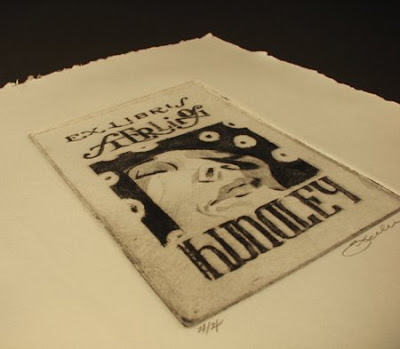 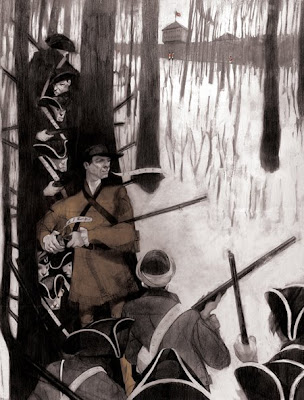 I have sold the original illustrations for The Pearl Fishers, created for the Lyric Opera of Kansas City, and the David Blanchflower illustration commissioned by Dartmouth College.

Original Prints of "Herd" and "Bookplate:Sterling Hundley" are for sale in the Purchase section of my website.

Great battles are remembered for the spoils gained, and by the souls lost. Perhaps that is why George Rogers Clark lives in the historic shadow of his younger brother, the much celebrated William Clark, of the Lewis and Clark expedition fame.
Beginning in May of 1778, Virginia-born General George Rogers Clark led roughly 175 Virginia militiamen through the Northwest territory on one of the most successful campaigns of the Revolutionary War. Clark’s poorly funded and under trained militia conquered the British held posts of Kaskaskia, Sackville and Vincennes, convinced many of the hostile, British armed Indian tribes to transfer their support to the Americans, and served as the catalyst of the 1783 Treaty of Paris which nearly doubled the size of the thirteen original colonies- all without the loss of a single soldier under his command.
Textbooks may champion younger brother William for returning with the spoils of exploration, but families should honor older brother George for returning home with the lives of our forefathers. 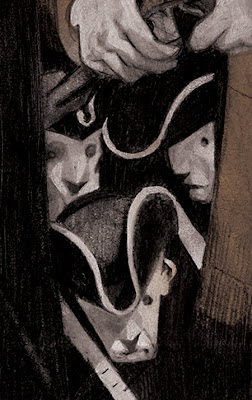 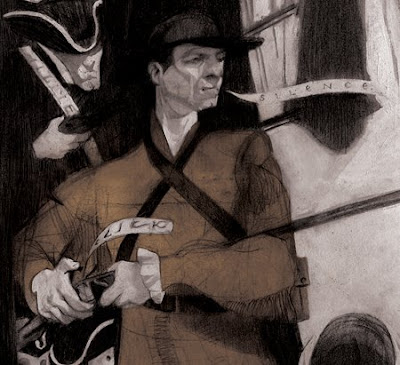 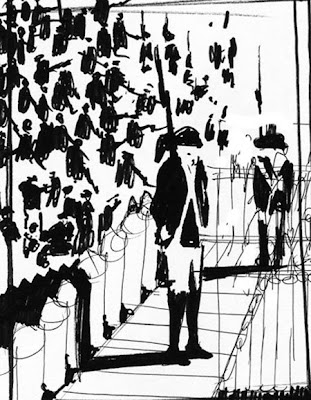 Posted by Richard Solomon Artists Representative at 6:48 AM No comments: 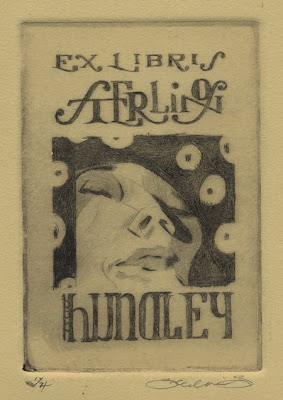 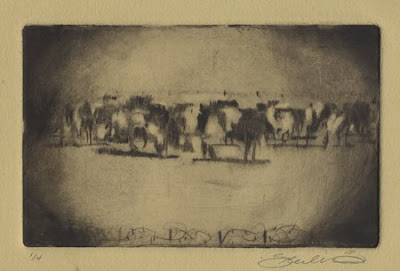 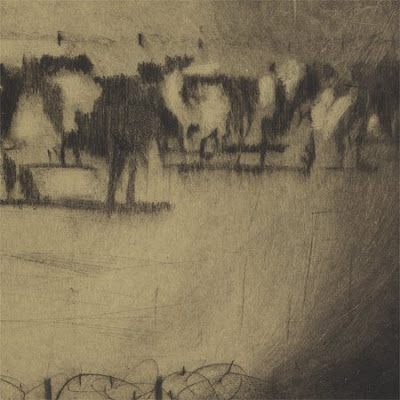 I have created two images for the group show entitled "Ex Libris" that I will be taking part in. Ex Libris translates to "In the Library of...", and is a show of book plates.

I pulled four limited edition prints from each of the images, and I will be offering them for sale in the "purchase" section of my website, later this week.

School is back in session at VCU.

I have painted like a madman over the break. I have many failed attempts, and some progress in my painting. I will share details from these pieces when they are further along.
Posted by Richard Solomon Artists Representative at 10:03 PM No comments:

How excited was I this morning to spot a featured studio on Design*Sponge that I've actually had the privilege of seeing with my own eyes. The website showcases Louise Fili's new space, impeccably decorated with the many items she has designed over the years, as well as design finds from her travels through Europe, which have been grist for many beautiful design books

Louise has been Richard's designer for about 20 years—she is the brain behind the logo and all of our branding materials—stationery, business cards, ad pages, and promotional kits.

Louise has also created numerous restaurant identities, and it's always a treat for me to see her work around the city. You know if you're looking at a Fili designed menu that the food is going to be amazing. How do you know it's a Fili menu? If it's elegant, lyrical, and entirely flawless, the chances are pretty good...

You can see more of Louise's work on her website, louisefili.com

Posted by Richard Solomon Artists Representative at 7:02 AM No comments:

What Do Your Possessions Say about Your Creative Obsessions?

via Lateral Action: What Do Your Possessions Say about Your Creative Obsessions?.
Posted by Richard Solomon Artists Representative at 7:25 AM 1 comment:

Email ThisBlogThis!Share to TwitterShare to FacebookShare to Pinterest
Labels: SideBlog

These gift-horses have great teeth. Look!

Posted by Richard Solomon Artists Representative at 1:13 PM No comments:

Larry Gendron at The Deal asked me to come up with an image for an article about the sense of dread many economic analysts are feeling towards U.S. commercial real estate in 2009. For a variety of reasons it's a sector primed to collapse under its own weight. Disappearing credit coupled with too much lease space and not enough renters is robbing the sector of value. Like many bad news stories it's ripe with illustrative potential. It's a domino effect, a train wreck waiting to happen, an economic tsunami—there are lots of metaphors to describe it.

Larry was the most attracted to a sketch I did of Mr. Monopoly as a defeated looking scarecrow in a farmer's field being set upon by a murder of crows. Mr. Monopoly is a universal symbol of the real estate game. We both liked the graphic impact of the image and the undeniable double entendre to a figure crucified. This solution resolves the problem emotionally more than intellectually.

Posted by Richard Solomon Artists Representative at 8:25 AM No comments:

"Perhaps the best thing to be said for the year that gave us Sarah Palin, Hank Paulson, and Rod Blagojevich is that it’s finally over. Illustrator Tim Bower shows 2008 the door." See the full 12 sketch slideshow on VanityFair.com
Posted by Richard Solomon Artists Representative at 7:11 AM No comments: