In a time of overwhelming odds, our Revolutionary Nation needed an extraordinary hero. Peter Francisco, was just such a hero. At 6’6” and 260 pounds, Francisco was a giant in stature and a juggernaut in will. In 1776, at the age of sixteen, Francisco joined the 10th Virginia Regiment. The Virginia Giant, as he was referred to on the lips of storytellers, is credited with inhuman feats of strength, heroism, and bravery. Legend tells that the Virginia Hercules leveled eleven British soldiers in one battle, escaped from nine soldiers after being captured, was wounded six times, rescued his commanding officer, and single handedly carried a cannon on his back, away from the advancing enemy. Many of these feats are recorded as credible history, and if possible, the legend of Peter Francisco has grown larger than the man. 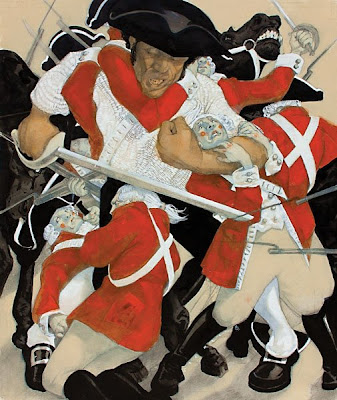 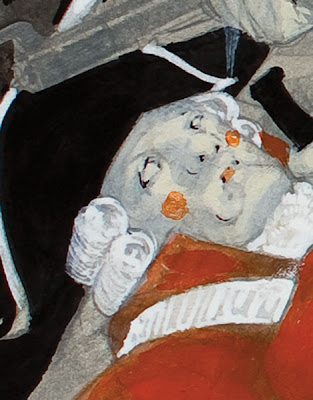 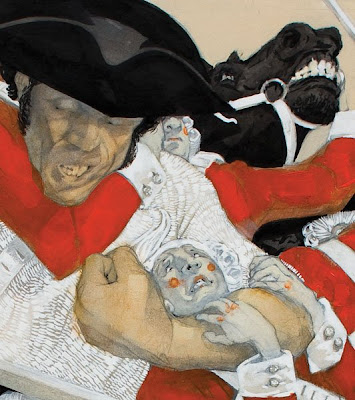 Posted by Richard Solomon Artists Representative at 7:08 AM