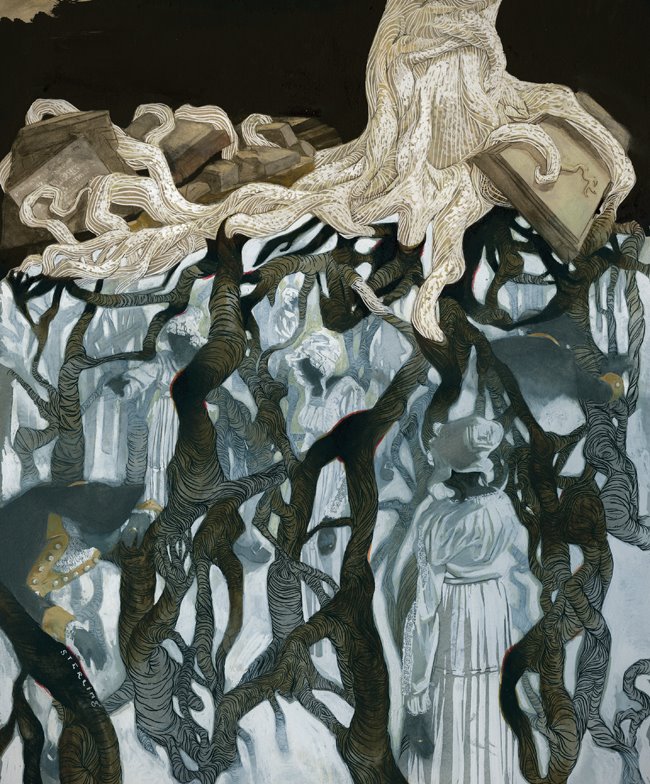 The new issue of Virginia Living Magazine is out! Look to the back page to find the "Curse Tree" illustration. Thanks again to the Art Director, Tyler Darden for the great opportunity. The story that I wrote with it is below.
Entangled in the roots of Jamestown’s “curse tree” are the tombs of Dr. James Blair and his wife, Sarah Harrison Blair. Legend says that the giant sycamore tree that sprouted between the lovers is the haunted manifestation of a disapproving mother-in-law. Cursing the union of her daughter to the much older suitor, she avowed to never rest until the marriage was dissolved. After her passing, the lovers lived happily ever after, or so it would seem.

Dr. Blair led a distinguished public life in Jamestown with his wife, until her passing in 1713. James Blair was laid to rest, next to her, in 1743. Soon thereafter, the “curse tree” took root between the graves, and separated the lovers as it grew, pushing the two over seven feet apart, and placing the remains of Sarah Harrison Blair within inches of the tomb of her mother.
Posted by Richard Solomon Artists Representative at 10:56 PM